One of Africa's Great: Thomas Sankara 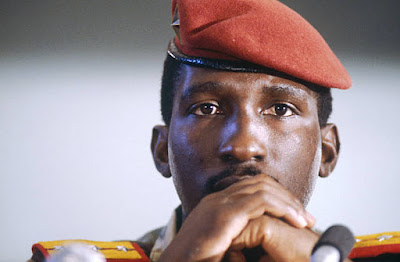 Facts about Thomas Sankara
Thomas Sankara known as one of Africa’s young and great leader who had to offer a selfless leadership to the people of Burkina Faso.
Though I was not born when he assumed the office neither when he died, but through the various biographies I was opportune to read and watch about him, I feel he was more than just a leader but a follower of followers. In the real sense, there are never a perfect being not to even talk of a leader who will be faced with both several internal and external pressures.
He showed that adopting a particular ideology is not only necessary but implementing such will yield a great result. Though, he was a Pan-Africanist and Marxist to the core and his supporters refer to him as an iconic figure of revolution who is charismatic and sometimes referred to as Africa’s own “Che Guevara”. Even when the colonial master felt they have control over the country by offering aid, when he said “he who feeds you, controls you”, that which is true. Having a self-dependent economy which main focus was on improving the healthcare, educational and agricultural sector where he really achieved great success. But something is very interesting about him that made him stood out amongst other African leaders. That which is the strong belief of success through high confidence on himself and his followers. He lived a life of I am not the only human being, which leader currently in Africa who can say that he/she is selfless in rendering a positive leadership to his subjects on a win-win situation.
The great Thomas used his ideology to transform the economy situation, even though he had to reduce his and other government official salaries, cut air fleet expenses by ensuring that the government officials make use of economy class in air flights. “There are many Sankaras out there so there is no need of having my statue so said by Thomas Sankara.
Possible Lessons African Youths Can Learn
Its sounds more like a story to our ears but there are far more lessons to learn from the great Sankara, from building to keeping relationships, developing that needed self-confidence and driving out the lazy attitude from the young minds.
BUILDING AND KEEPING RELATIONSHIPS
He had a close friend who later turned to his greatest rival. If I may ask what sought of friends do you keep? How do they help you to achieve your potentials? Blaise Compaoré was a friend of Thomas Sankara who together were of the same school of thought, but external forces acted upon through Blaise, convinced him to turn his back against Sankara. The clear picture of it all, Sankara had an enemy base within and outside his government. But he knew his enemies were close to carry out their plans, a week before he was assassinated, he said this, “while revolutionaries as individuals can be murdered, you cannot kill ideas”. Building relationship must not be based on the external expression, it requires studying and knowing how such a friend will assist you even to the very end.
DEVELOPING THAT SELF-CONFIDENCE
The idea of “I can’t or I will not be able to do it” is supposed to be a thing of the past. Taking over a crippled economy ridden by huge debts was overturned due to actions taken by him and his people. Self-reliance, he felt was lacking and he came to revive that spirit in his people, telling them and carried out the necessary steps to show that being self-confidence is high amongst Africans. Believing in yourself is the goal that no one can achieve for you. What do you stand for? How confident are you that you can achieve whatsoever do put your hand to do?
DRIVE OUT THE LAZY ATTITUDE
Thomas Sankara, once said “our country produces enough to feed us all. Alas, for lack of organization, we are forced to beg for food aid. It’s this aid that instills in our spirits the attitude of beggars”. Permit me to say that Thomas Sankara was an entrepreneur, he was innovative and enterprising, great ideas emanating from a political leader. He made use of what was available to ensure food insufficiency, lack of medical care and facilities, construction of railways and road networks. He made the men, youths and even women to be engage in doing something to avert poverty, deaths and even to boost the economic development of the country. The African youths are not lazy, even with whatever we have made available to us, turns out to be useful to all. He is an industrious model, Sankara have the high belief in his people, but was assassinated at an early age. Afripreneurs should see him as a role model, worthy of emulation.
Africa belongs to all, building the Africa we want requires great steps to be achieved with hands on deck, success is a possibility.
By Emmanuel Alhassan at March 18, 2019 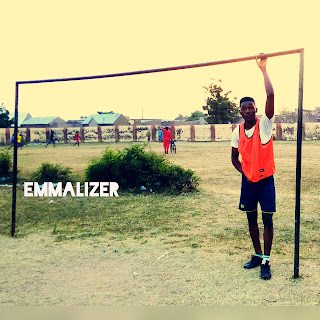